All of Atlanta is licking their collective wounds after the sports week we've had. After a hot end of season and playoff run, the Hawks got swept by King James and the Cavs in the conference finals. The Braves are not doing so hot, either. But last week at the Atlanta AMA event, these two teams' heads of marketing along with the Falcons top marketer were all smiles and shared some insight into how they promote their "products" to our city. A few of our team members attended the event and came back with some valuable takeaways that I'd like to share here. Turns out the same marketing principles are applicable no matter what the industry --whether sports, retail, B2B or tourism. 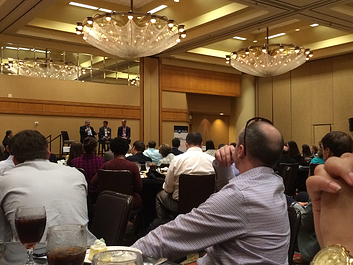 Research All three spoke of the value of research and leveraging data to learn more about their core target audience, their fanbase. Then they spoke about adapting the product as best they could to better reach and enhance the experience of that fan. The Hawk's representative, who is actually CEO of Phillips Arena too, Steve Koonin talked about how they used TV data to determine who their core fanbase was - African Americans and millennials. Once identified they then crafted their media channels and marketing (Twitter, Facebook) as well as revamped the entire fan experience-- from programming to concessions -- to better cater to this audience. They even introduced a payment plan for season tickets. All three teams spoke about the importance of winning -- of course the best product for the marketplace is a winning team. But they all spoke of the reality that they can only control what they can -- the fan experience.

Technology Keeping pace with the advancement of technology was important for all three of these teams, especially as they seek to reach younger fans. The Braves marketing director spoke about utilizing mobile apps to help fans find seats and engage at games. He also mentioned how Comcast is installing fiber-based internet -- the highest speeds available -- at the new stadium opening in 2017. Because the fan experience is paramount (to get them to pony up the money for the ticket and fight the traffic to come) all three shared how vital high speed internet is within the stadium, especially as streaming video on smartphones becomes more prevalent. The fan experience was also the justification for building both new Braves and Falcons stadiums as well (when current stadiums are barely 20 years old).

Value of Sponsorships One other interesting tidbit the Braves marketing director shared was regarding the value of sponsorships. He called this the most intimate form of advertising -- two brands coming together -- and shared how it can make a modest budget go a lot further.

There was a lot more interesting info shared -- as well as some jabs at the local daily newspaper the AJC (a sponsor of the event) and gripes about our lovely Atlanta traffic. All-in-all a very enjoyable, informative event.

And here are some shots of the new Falcons stadium being built downtown - right next to the current home of the Falcons, the Georgia Dome. We like building new buildings for our sports teams in Atlanta - even while they are not performing on the field. Hey - it's all in the name of advancing the fan experience, right? Blame marketing! 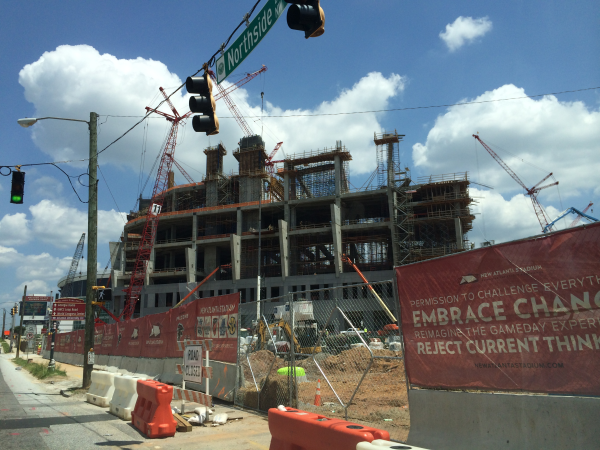