One Creative Guy's View of Media

Posted by Jeff Jones on Tue, Dec 20, 2016 @ 14:12 PM
We're excited to have Rob Marbury as a guest blogger. I've known Rob for over a decade as we've had the pleasure of establishing a great agency partnership. While McCulloch+Company's forte is media, Marbury Creative Group excels at creative. Yin and yang. As a person, Rob is both creative and practical. Funny and thoughtful. If you have the opportunity to work with Rob and his team, you'll enjoy the results and the relationship.
- Jeff Jones, Director of Media Services
As a branding and creative concept agency, we like the idea of “focusing on what you do best, and become the best at it.” We love big thinking, and finding new and creative ways to get our client messages out there. We don’t love thinking about numbers. That’s why we don’t buy media. We understand it, and we like being part of the discussion. But, we also prefer to work with media specialists like McCulloch+Company who are experts in media strategy, negotiation and management. 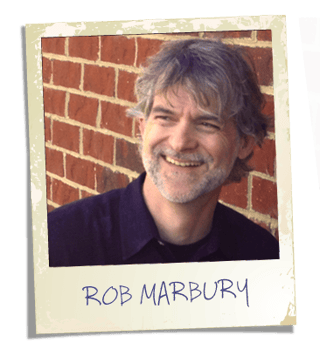 We believe it is important for all of our agency partners to think creatively, whether they are in production, printing, research or media. As such, it’s great to have a media partner who is constantly bringing creative ideas to the table about placement, while constantly thinking beyond the standard approach.

We worked with McCulloch+Company on a mall display that they suggested as part of a plan for a local hospital. The campaign featured patient and physician testimonials, and we covered the bulkhead (the space between floors) in the food court with images and statements that made community members local celebrities! It was the talk of the townand an integral part of the marketing program.

McCulloch helped us “hijack” the cover of Fortune magazine for a global accounting association client. We sent monthly issues with a cover wrap that appeared as if the publication was highlighting the organization. The list was targeted to prospective clients, and it got noticed! The recipients appreciated the gift subscription as well as the information on the 4 pages of the cover. You can imagine how business development efforts are enhanced when the reply to a call is, “Oh yeah. You guys were featured in Fortune recently, right?”

WHO GETS THE BUCKS?

As a creative agency, we like to think the most important component of an advertising campaign is the creative; and that should be true in terms of the message and design. But, in terms of budget, the best, most imaginative campaign in the world is only as good as the plan that puts it in front of the prospective target. We picked up a new client recently whose previous agency had spent nearly 90% of the advertising budget on developing new creative — print, broadcast, digital, and web. They literally had no budget remaining to get the word out until the following fiscal year. The creative was good, but it had to “sit on the shelf” for months until there was budget to release it. To make matters worse, some of the creative had to be adjusted when it did run, because as we all know, things change quickly and anything sitting on the shelf can quickly lose relevance.

As a general rule we prefer to START with 2/3 of the budget being put toward media planning and placement, with 1/3 for creative and production. It’s often a larger percentage of media spend than that; because we’d rather focus on creative ideas that work with a specific media plan, and then add components as budget allows. For example, we may launch with a digital, print and outdoor campaign, and then plan to add broadcast 6 months later as a new fiscal year allows for new production and media dollars. We’ll have the ads ready, and the scripts written, and be ready to make minor adjustments as the time arrives.

One extra piece of advice for any creatives reading this — don’t forget the immense amount of communication and negotiation required to develop an integrated media campaign. It’s certainly much easier to work with one media contact when it comes to estimating, budgeting, space reservations, payment and reconciliation — and use your time for what you are best at. And it had better be good, because everyone will see it if you have used “good media ideas!”