This is the time of the year that all of the major networks present their "Upfronts" - their dog and pony show of new shows and gimmicks for advertisers and agency media buyers in New York to attract commitments of major year-long deals. They started on Monday of this week with Fox and NBC, today will be CBS. But yesterday was ABC's Upfront and I actually tuned in to the live stream. Here is a brief recap of some of the promising new shows and a few of the trends that I noticed. 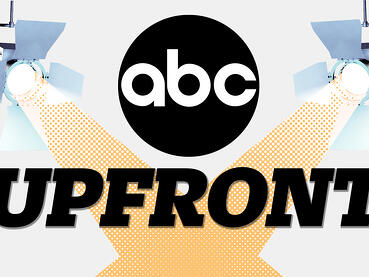 The trend of the abbreviated season (10-13 episodes) continues with several new shows on ABC as the networks try to emulate what has worked so well on Cable (think: The Walking Dead, Mad Men, even Downton Abbey on PBS). They have a new show called Secrets and Lies starring Ryan Phillipe that's a wrongfully accused crime thriller and it looks promising. Also show called Forever about a brainiac detective with limitless lives feels very reminiscent of BBC's Sherlock series that has done so well. But the one I feel that has the most promise is American Crime from Oscar-winning screenwriter of 12 Years a Slave, John Ridley. The show explores one crime from several different vantage points, all involving people of different races. Ridley said at the Upfront that his only requirement from ABC in creating this show was to "be bold." It's Crash meets True Crime and I'll be watching.

Continuing on this race conversation, several of ABC's new shows tackle the subject. There is a comedy starring Laurence Fishburne called Black-ish that explores a suburban African American family trying to keep a unique cultural identity; a show coming to Friday nights starring an American Latina comedienne called Cristella; and (most jarring) Fresh off the Boat, a show featuring a Chinese family moving to Orlando in the 90s. All these shows are brazen, and could work in their favor if the built-in audience responds and they execute in an authentic way. Plus, brands could be attracted as they can reach these audiences in a medium with broad, mainstream reach.

ABC also announced a musical comedy series called Galavant from Oscar-winning songwriter, Alan Menken, which they described as Monty Python meets The Princess Bride. Should be interesting to see how this show performs. You can really see when a network is behind, they are willing to green light anything to see what sticks. What do they have to lose?

The last trend is that Thursday night will be completely dedicated to Shonda Rhimes-created shows: Grey's Anatomy, Scandal and her new show How to Get Away with Murder, starring Viola Davis. Hey, if it ain't broke, don't fix it, right? Everything she has created draws a strong audience, generates buzz and has staying power.

ABC also announced a new show called Selfie - seriously. And it will be canceled.

I plan to tune into the CBS Upfront today, and hope to give a recap for that as well.