"We'll be right Back" - Unsold Inventory or Technical Glitch?

We've all seen it. That commercial break screen on ESPN, CNN or other apps when streaming TV via your Over-the-Top (OTT) device of choice (Roku, Apple TV, etc.). It appears during a break that's supposed to show you 30 second commercials. Maybe it does show one or two - but for the majority of the commercial pod it's just that screen with the graphic and annoying music. 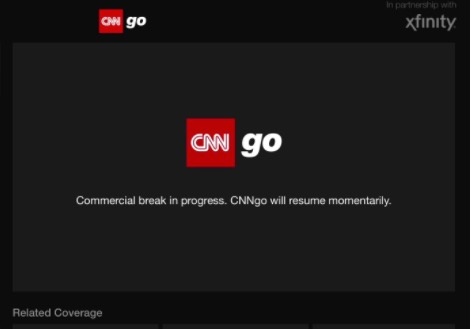 As a consumer perhaps you're glad you're not seeing another commercial. But as a media buyer, I find this as a missed opportunity for both the content provider and advertisers especially when it's in highly viewed programming like breaking news or the College National Championship Football game. For content providers, this effective "dead air" is an opportunity for viewers to click away or go to a different streaming commercial - not to mention the lost revenue from potential ads that could have run in that pod. The OTT and Connected TV space is growing, and it's a valuable audience, often skewing younger with more tech know-how and disposable income. According to eMarketer the OTT video user audience is now nearly 200 million people, with Connected TV users not far behind at 181.5 million. 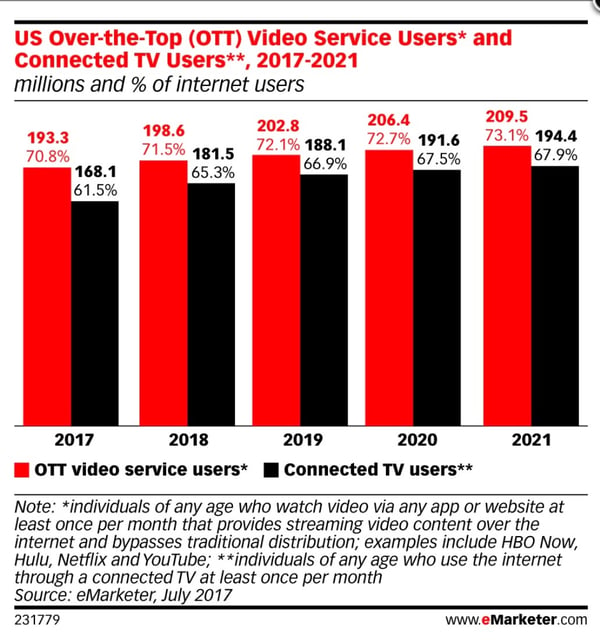 This is a large, valuable audience that many brands want to reach--and they aren't as easy to reach, especially in video since many have cut the cord. Thus, apparent unsold inventory reaching this audience is a lost opportunity for advertisers - and a head scratcher to me. Especially when recent studies show that "the commercials provided by digital streaming services are better and more memorable than those found in traditional linear TV programming" - there's more engagement to be had there, especially if data is utilized for more relevant creative.

So why in 2018 does this still happen? Well, I've scoured the internet to get to the bottom of this, and the short answer is: it's complicated. Some sites say it's a rights issues - that rights to run commercials on broadcast and cable are separate from the rights to stream spots digitally. Others say it's technology - a problem that arises when different systems and softwares involved between the content platform and the ad platform don't talk to each other well. Another explanation is that broadcasters know this is premium inventory so they don't want to open it up to programmatic ad exchanges in case poor digital video ads appear - it could hurt their brand as a content provider. But to me, none of this holds water because it's lost revenue - even if the issues are complex they are worth fixing, right? If only it were that simple.

Another explanation I received from a SSP recently is the best I've heard. It expounds a bit on the technology problem. The simplest way to sell this inventory would be to make it available programmatically, like in the display world, right? Notwithstanding the above mention of shady ads running (if highest CPM is paid and OTT channel is making enough money I don't think they care), the problem comes down to how DSPs interpret this inventory in live programming. The DSPs are set-up to interpret video in on-demand and other time-shifted viewing as premium video inventory since it has regularly scheduled ad breaks/calls and bid requests. But the commercial breaks in live events are irregular. So when a producer of a live event goes to commercial, it often floods DSPs with hundreds of thousands of ad calls at the same time - effectively looking nefarious in their pre-bid fraud identification/verification tools.

You get all that? In short, the inventory looks like shady bot activity because it all shows up at the same time. So they don't bid on it and no ads are served and the inventory remains unsold. Apparently DSPs are activity working on this so ESPN, others (and the DSPs) can actually monetize this premium inventory programmatically rather than through direct buys. Selling direct is too complex anyway since there is too much inventory to sell that way. This means for the foreseeable future you'll likely still see that graphic and hear the cheesy music. Meanwhile brands will continue to miss out on lost eyeballs while OTT channels lose out on revenue. But I'm hopeful this will be solved soon so more and more advertisers can take advantage of this good media idea.