At a media agency with several clients that run broadcast TV, we are always paying attention to how shows are performing in terms of ratings, because we want our clients to be in those programs that, at most garner a large audience, and at the very least don't get cancelled. We watched the Upfronts back in May and have viewed several of these pilots. Here are the programs we think will perform well.

Hostages -CBS - As we wrote about back in May CBS was on top of the May sweeps for the first time in over a decade. And with programs like Hostages, we expect them to stay strong. This program follows a trend in broadcast of creating shows with shorter seasons (13 episodes vs. 22-24) given the popularity of such series on Cable (Mad Men, The Walking Dead). This started with Fox's The Following, and Fox also announced next summer they are bringing back 24 for a limited mini-series. The thinking is that in 24 episodes there is a lot of "filler" content, while 13 episodes pack a stronger punch. And it allows the networks to change their lineup every 3 months (and potentially boost the usually lagging summer as Under the Dome did) as opposed to just twice a year in the spring and fall. Plus it's less expensive to produce 13 episodes. But enough about the format. We like this program because of the cast (Toni Collette, Dylan McDermott) and the compelling premise involving a surgeon, the POTUS, and a rogue FBI agent that takes the surgeon's family hostage. The pilot is reviting and will no doubt draw a large audience.

Agents of S.H.I.E.L.D. - ABC - A sequel series to both The Avengers and Iron Man 3 films (the premiere episode references both movies), this show has a built-in audience: fans of the 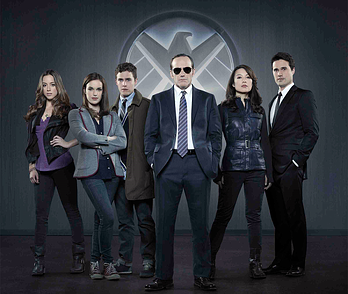 Marvel Studios films, fans of the comics and even fans of co-creator Joss Whedon's previous work (Buffy, Angel, Firefly, etc.) so it should do well. It's part spy show, part procedural, part sci-fi and, frankly, all fun. People who don't know or don't care who would win in a fight between Hulk and Thor may not watch for long, but those that stick around will be in for great ride.

Super Fun Night - ABC - Maybe it's the Austrailian star, Rebel Wilson (Bridesmaids, Pitch Perfect) or that Conan O'Brien is one of the creators, but we think this new sit-com on ABC has staying power as it reaches a key demo, a la Fox's New Girl and Mindy Project.

The Crazy Ones - CBS - By bringing back Robin Williams, CBS is trying the old tried-and-true TV-star-that-became-an-Oscar-winning-movie-star-so-let's-bring-him-back-to-TV trick. And on paper this show about a father-daughter (Sarah Michelle Gellar) ad agency team should work.  But we watched the pilot and it doesn't. Robin Williams is just not current and definitely a crazy one - but it doesn't make us want to watch. We give it a month...maybe.

Almost Human - FOX - Despite having JJ Abrams and being a fairly cool buddy cop concept where one half of the duo is a robot, we do not see this show lasting very long, mostly due to the timeslot, 8:30 on Mondays. It's up against The Voice and Dancing with the Stars, which may be why they are waiting until November to premiere it. Almost Human will be another good idea that unfortunately almost makes it. It will not make it to season 2.

Trophy Wife - ABC - Have you seen the promos for this? Enough said...

We'll have to wait and see

The Blacklist - James Spader might be a nice guy in real life, but you'd never know it. Checking his resume, we can count on one hand the times he played a good guy--and that's just fine with us. Spader as a bad guy is what we want, and in The Blacklist that's what we get. A criminal mastermind turns himself in and offers to help catch even more criminals. It has overtones of Silence of the Lambs, but don't let that make you think that's all it is. Even that idea was stolen from someone else. What we don't know is what our new villain is up to...and if he takes too long to reveal what his long-term plan is, audiences may not care to stick around and find out. Still, Spader is a commanding presence on screen and we'll watch until he's revealed his endgame...unless NBC ends his game early. Having The Voice as a lead-in, they've positioned it to succeed so hopefully it will. We're rooting for it.

NBC has a couple of others we are not sure of, either. Sean Saves the World and The Michael J. Fox Show. As NBC tries to revitalize their Thursday nights, these shows are another play at "Let's bring back a star that worked (on Thursday night)before," but despite their previous star power, we do not see this working. It's just too many new shows in one night (Welcome to the Family at 8:30), and they are up against other network mainstays like Glee on FOX and Grey's Anatomy on ABC. One of these newbies will be cancelled - we're just not sure which one.

There you have it - our take on the new fall television season. We know where we'll be placing our clients television ad spots. Do you agree? Leave a comment to share your prognosis.