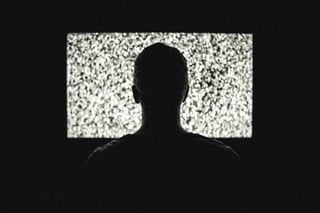 We are always keeping tabs on industry trends and like to write about that on the blog from time to time. One that has been a buzzword in the industry for a few years now is "programmatic" advertising. We've written about it before on here, but this term refers to a method of buying online advertising that leverages different types of data to buy unsold impressions in real-time in front of a specific audience instead of a network, or select sites. It does automate some processes, but the idea that programmatic is all robots and levers and no humans is incorrect. In short, buying programmatically allows you to more efficiently reach your audience - it makes your digital buys work smarter.

Several other media channels have started leveraging the big idea of programmatic- buying an audience based on data- to make advertising work harder. One exciting area is television - specifically broadcast. Rather than buying GRPs and spots to reach your demo, as buyers we are thinking about impression levels within the demo in specific DMAs. Instead of CPP (cost per gross rating point) we buy the impressions based on a CPM like other digital buys. All impressions are based on Nielsen data and the buys always deliver on expected impressions- if they don't, you don't pay for it - they just run your spot in other programs until you reach your impressions in demo goal. Along with that, there's no makegoods - music to a tv buyer's ears! Where does this inventory come from? It's not "remnant" inventory, a misnomer within programmatic in general - but instead unsold local inventory. This definitely requires a shift in thinking about TV advertising, but can be an efficient way to get a client's 30 second spot out in front of their target audience.

One of the shifts for buyers is not thinking about dayparts as much as reaching the demo whenever and whatever program they are watching. TV buys have always been based on data, but buying this way utilizes that data in a smarter way and guarantees delivery. Reporting is also different, no longer via post-reports against GRPs, but instead reports that look more like those associated with digital buys. These reports show daily impression delivery and spend, impressions per market and stations; but still show which programs your spots run in- and of course don't expect to see click-thru rates. Because the data is still Nielsen, vendors can still back into a GRP delivery if that's what the advertiser needs to see.

So what's the catch? All advertisers should move to programmatic TV, right? We are not recommending that for several reasons. Because of the need for fluid flight dates to deliver all impressions, programmatic TV doesn't make sense for clients that have strict timing requirements, like those in retail. Also, although many industry analysts are bullish about the imminent growth of programmatic TV, it is still fairly new with stations figuring out how to best structure it so it makes sense for everyone. Reporting standards are still fragmented, and many stations do not have the technology required to make inventory available. There also remains a sizable education gap - for agencies and clients - but we are watching this trend with great anticipation.

Before I go, I want to make one distinction. We all know connected TVs and Smart TVs have grown in market share by huge amounts the last few years; and more and more folks are opting for "Over-the-Top" subscription services like Hulu and Netflix instead of cable. But inserting in connected TV inventory is actually bought differently - through digital pre-roll vendors like SpotX and others - and not this way. These programmatic video buys usually come out of an online video budget. As this industry grows, many companies- like Adobe- are getting better at unifying measurement across various platforms. Programmatic video along with video-on-demand ad insertion - currently being tested by a few companies in certain DMAs - are a couple more video advertising trends we are watching.

What's a trend you are following in 2016? Comment below and let us know!